What’s better than one comedian? If you said “two comedians,” you’re correct. If you said “three comedians” then get the heck out of here, that’s obviously way too many comedians. Don’t even get me started on four comedians.

Two of the Northwest’s own comedians, Drew Barth and Andrew Rivers, will bring their humor to CWU on Saturday, Jan. 31 at 9 p.m. in the CWU Student Union and Recreation Center (SURC) Ballroom. Admission is free for CWU students $5 for general admission at the door.

Seattle native Barth attended the University of Washington, where he got into the comedy scene by performing at open mic nights. Since then, he has been hard at work transitioning from performing comedy as a hobby to turning his humor into a career. 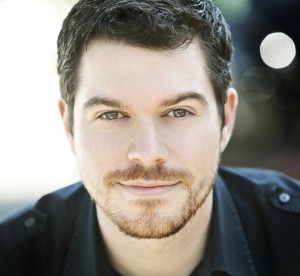 Barth performed just last quarter at CWU where he absolutely killed it. If you haven’t heard his set then shame on you. Okay, I don’t mean that, but at least you have a chance to redeem yourself! Barth has opened for such big names as Nick Swardson, Jim Gaffigan and Greg Behrendt, which suggests that he is on the fast track to a lasting comic career.

Rivers’ style of comedy focuses on storytelling, including many personal anecdotes that make him relatable and believable. Known for his work ethic, Rivers has earned high praise from some of the business’ top comedians, and has opened for Christopher Titus, Mike Birbiglia and Billy Gardell.

Don’t miss your chance to laugh with other students in a large, dark room while people on stage say things through a microphone. In other words, come on out to Comedy Night Saturday evening and have a blast.