– I laughed when I knew I was going to be late for the Día de los Muertos procession. I couldn’t help it, it was like I was destined to be late. I was driving 40 on the 25, and I quickly ran through the traffic light as it was in mid yellow for the intersection of Chestnut and University Way. Still blasting my way down the road, I went into a halt when I had to stop for pedestrians. Okay, Jason, you’re here, now just relax.

As I parked my Mitsubishi in the parking lot of Boullion Hall, I noticed all the other Latino families getting out of their cars just as late as I was. I just laughed again. It reminded me of when my family was running late to Sunday mass, and my mom was yelling at my sister and I to pick up the pace.

I overheard other moms lecturing their kids in Spanish, giving them a light slap on the back of their heads, and I knew these were my people.

I was home, finally. 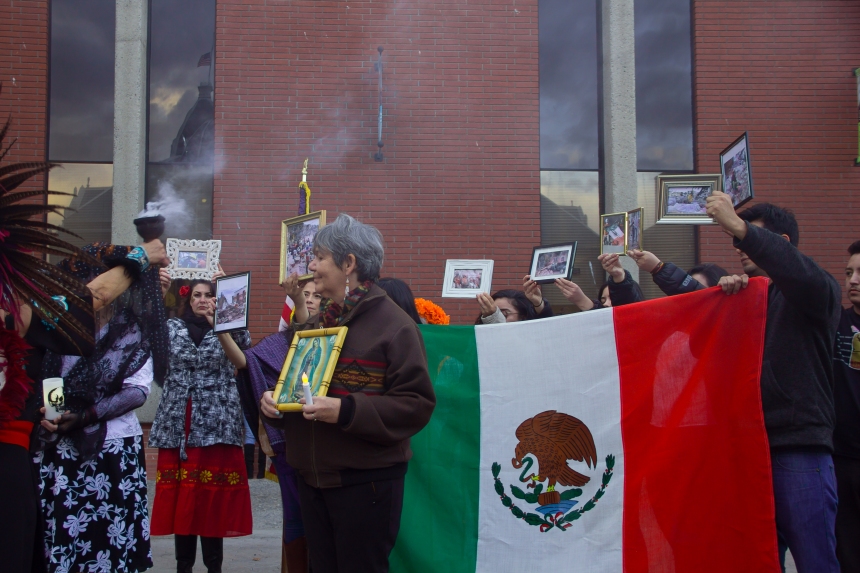 I’ve never felt more alive than when I came to the Día de los Muertos event. For a Latino who came from a Latino community, I missed it. The city of Ellensburg holds a diverse community, no doubt about it, but it doesn’t come close to what I had back in Federal Way.

For my entire college career here at Central, I would try my best to fill this void of being Latino.

Ellensburg holds this one small Mexican Store, La Estrella, and the store owner, Rosa, makes my day every time I walk in. Just a simple conversation in Spanish, wondering when the pan dulces would arrive, satisfies my Latino side for the day.

Yet even then, I don’t feel justified being a Latino in this city.

Well, what else can I do? I went to Spanish mass, I peered my head into MEChA, and I bought some Latino dishes to make at home.

It wasn’t the same. 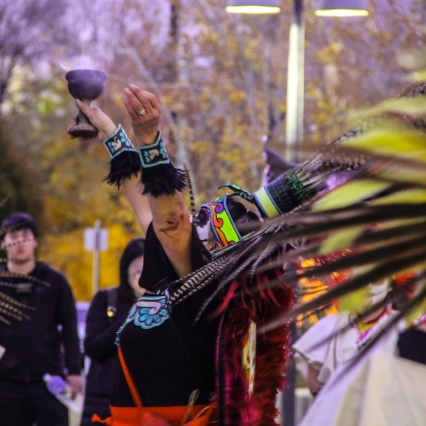 It wasn’t till I discovered a Día de los Muertos festival my sophomore year at Central. Now that was something I have never gotten the chance to do in my life.

I saw one of my professors at the event. I was just standing over a table that held religious icons and bread, wondering if they were on sale. Professor Susana Flores came up to me and said in a stern, motherly voice, “Oh, so you don’t say hi anymore?”

I felt embarrassed because I saw her in the procession and wanted to say hi, but I didn’t think she would remember me. I was wrong. I shook her hand, shook my head in disappointment for my actions, and said my hellos. Then she said, “Do you celebrate this in your country?”

I smirked, she remembered me alright. I said yes, but I don’t get a chance to do so because I am in the U.S. 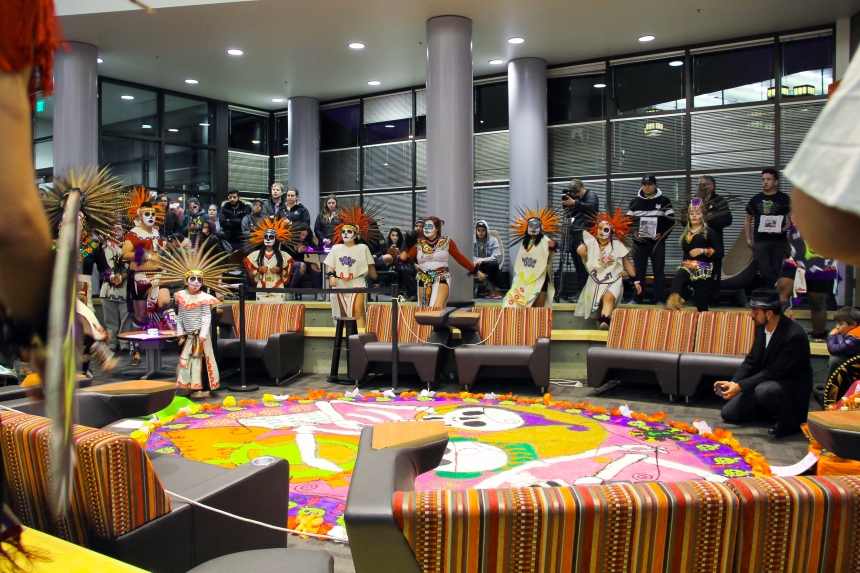 I asked my mom if we celebrate Día de los Muertos when I was in middle school.

I knew what the festival was, but I just assumed that it was a Mexican tradition. I knew how my family felt about people confusing our culture with Mexicans, especially if I did it. I said a cuss word around my uncle one day, and he immediately stopped the car. He wasn’t mad about me saying the cuss word, he was mad about me using Mexican slang words. Now I just keep quiet.

Mom said not here. All of our loved ones are back in Guatemala, so there was no point in honoring them when they were not here in this country.

I wasn’t pleased with her response.

I was deprived of Día de los Muertos, but I don’t blame her. I’ve never been to my country, nor ever met any of my loved ones who have passed. Even if we did celebrate Día de los Muertos, would I have honored them as family or just acknowledged their existence as people? 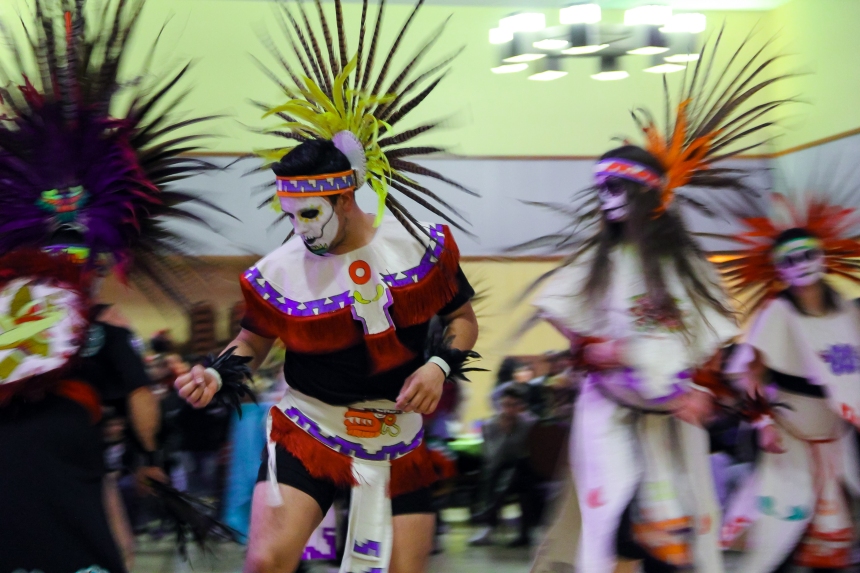 During the whole event, I admired the work that my fellow Wildcats practiced for Día de los Muertos, like learning the Aztec Dance and performing it in the cold; it was magnificent to watch.

There were students who weren’t even Latino, and they had the guts to participate for my culture without having to be pushed to do it.

What got to me the most was seeing this 5-year-old girl just swaying in her own little world. It was cute to see that she was in tune with her culture, even though it looked like she had no idea what was going on. At one point, she even tripped and fell, and no one noticed. She just shrugged it off and went back to boogying in her Aztec get-up.

It didn’t matter if she didn’t really know what was going on around her. All that mattered was that she was a part of it. It doesn’t matter when you start learning about your culture, just start. She might not know much about it now, but she’ll eventually understand what it means to be Latino. 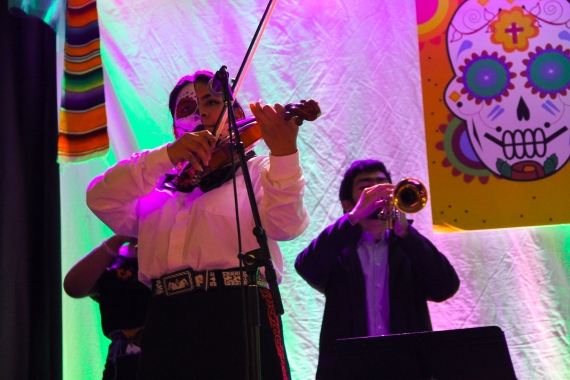 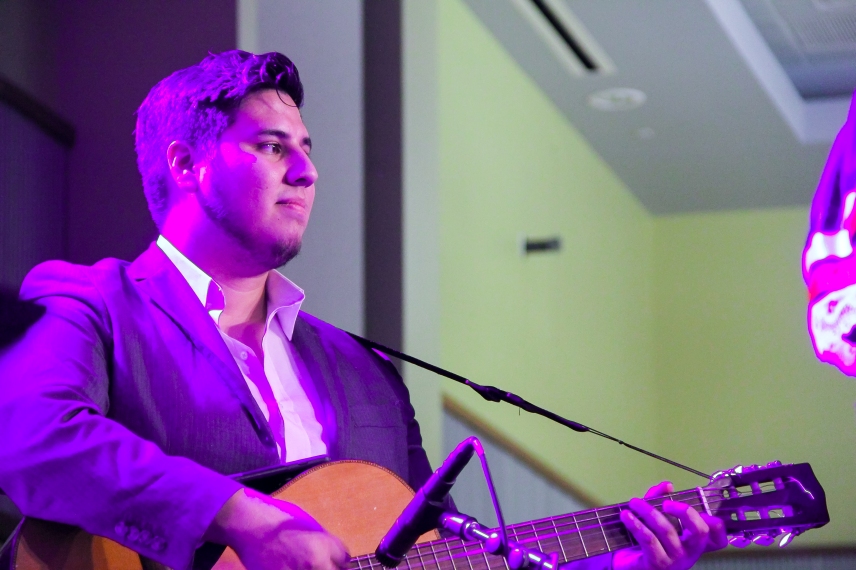 This was my first Día de los Muertos procession I have been to. They held one last year, but I hadn’t heard many details about the procession to go to it.

Normally, we would walk from the church and wind through the cemetery; however, we cannot do that in a University environment. The replacement procession did not make me in tune with my Latino side until we arrived to the altar in the SURC Pit, when we were told to raise our fists for those who were in the most danger.

The speaker mentioned a lot of folks who deserved to be honored, but only one group stood out for me.

For those who were drifting through the desert to reach the borders, you bet I had my fist up. Some are fortunate to make it over, but some aren’t as lucky. The least we can do is admire what they have done.

It’s the least we can do. 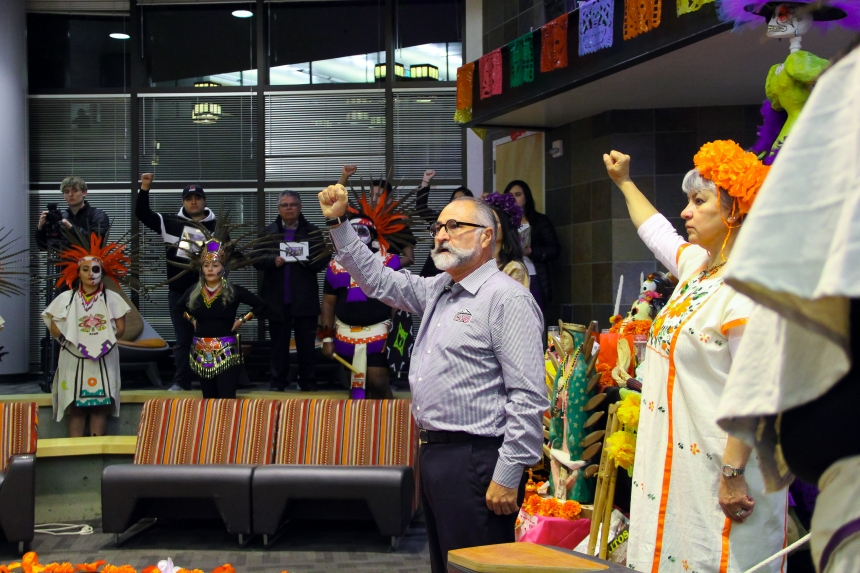 Día de los Muertos is an annual event at Central Washington University, hosted by the Center for Diversity and Social Justice. For more information about the event and what it stands for, contact diversity@cwu.edu.